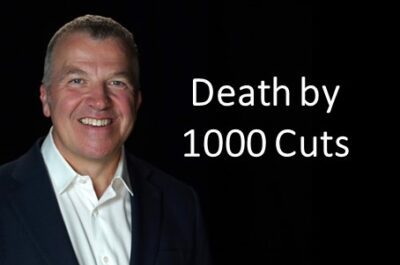 Lingchi (Chinese for lingering death) was a horrendous torture method used for hundreds of years before being banned in the early twentieth century (I know, that recent). It’s horrendous and I’ll leave the detail to your imagination. We often think something ‘suddenly’ happens, but could the truth be that we killed it with 1,000 cuts? The family business transitioning to the next generation.  The new owners are happy to take some […][...]